On my desk there has been placed an attendance sheet on which I need to put a stamp indicating my “okayness” with the fact that I took a sick day at the beginning of last month, as though I somehow had no choice whether or not to be sick and as though I actually have some choice about whether or not to stamp it. This is essentially the punch clock if you will, that I stamp every week when I come to work at my night school. I am to use my personal inkan to put the little kanji for my name right there.
But I am not paying attention enough, and I stamp it in the wrong box. I am in Japan, so I already know that by putting it in the wrong box I have ruined the entire form, which has already arcanely needed and received stamps from people situated all over the goddamned building. So in an effort to please the secretary, to make her comfortable, to say “no look, I just made a mistake, it’s no big deal, you absolutely don’t need to throw away the entire sheet” I put a little whiteout over the place where I wasn’t supposed to have stamped. Naturally, it is the first thing she notices when she comes back to get the sheet, which I expected. “This is no good, she says,” and I tell her “I made a mistake, right there,” and she says “is that so,” and I say “yep that’s so,” and with a sigh she says “well maybe we’ll just have to do this whole sheet over one more time” and as she walks away I say “is that so” and she says “yep that’s so,” and then she leaves.

When she brings the new sheet back, the act of stamping which is obviously too complex for my foreign brain, despite the fact that I have carried out this exact process with no problems the last eighteen months I’ve done it and was able to communicate with her in her native language, she circles the squares I need to stamp with enormous, exaggerated pencil marks, and tells me kindly to stamp in the circles. The sad reality of the situation is that because of the vagaries of the Japanese language, even when I proceed to tell her “I understand (what to do)” she can interpret it merely as “I understand (your directions)” and so my being talked down to is without possible retort. My stamps are of course the first things that are to be put on the paper–even before the simple numerical date at the top–and surely this way if I just screw it up again well then at least she hasn’t bothered everyone else first.

This is one example of the nonsensical bureaucratic bullshit and of course, in my case, passive-aggressive belittlement that brings many types of formal business to a screeching halt in Japan and drives people so fucking insane that they leap from buildings a thousand a day. Sometimes it makes me wonder how they could have ever been allowed to be creative enough to invent gyoza, video games, ramen, animation, and comic books. Oh wait they didn’t invent any of that stuff.

What could possibly be the reason that instead of just saying “oh there was a mistake no big deal” they must re-fill the entire form? Are there trust issues with the higher-ups, and their higher-ups, and theirs? This is, after all, the country that has hired and pays a man to stand in front of my train station escalator which is being repaired and will be walled off for a month. His job is just to stand there, every morning, making it insultingly clear that yes, if the barriers didn’t tip you off, the escalator is closed. A scenario echoes through my head about what life must be like in buildings unlike mine, those technologically advanced enough to include hot water at the bathroom sink: a small speaker system echoes, forever, “remember, hot water is hot, and is not cold water, honorable person who is using the hot water, and remember to scrub your hands please.”

Are they afraid I somehow grossly, sloppily applied whiteout to the sheet and that by doing so I may have somehow scribbled in some sort of inaccurate information, despite there obviously being none? (The field I “corrected” was a field that I could in no way alter to my benefit.) Are they afraid that by whiting out my mistake I have somehow HIDDEN THE TRUTH and ruined the accuracy of the sheet, which contains no time verifications, dates, or other sorts of markings, and instead of my signature bears merely an ink image from a wooden stamp any fucker can buy at the dollar store?

The real forgery is about to come, as she wastes ten minutes preparing a replacement sheet that will be a beautiful lie and look identical to the first one, except the number 7 will be written on plain paper instead of on top of white out. Why even issue white out pens? Sometimes I really just don’t know about this place. But then I have a delicious plate of tempura and beat my Japanese wife for not cutting my sausages into the shape of an octopus for my lunch box and all is well again. No but really I like living here

I’ve been playing a game on my PSP called Xenogears and in like four days I have managed to put about three hours on it. Back in the day I was so fanatic about games I’d have put three hours on it before I even opened the package. Do you know what this means? Me either but it cannot be good. 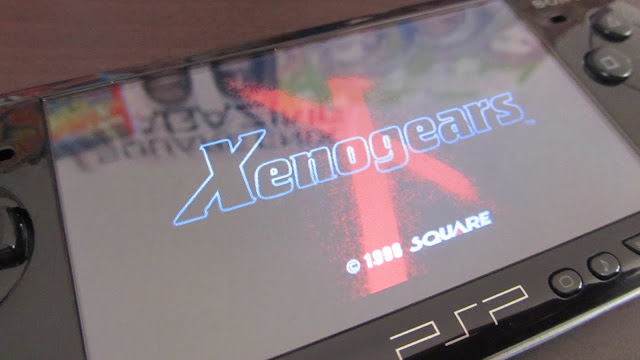 Classes are over for the semester which means I’ve got about six weeks to regain my workplace sanity and buck up for the new class of incomers in mid-April. A year-end party with my co-workers on the eleventh might be a good start, because there will be lots to drink. Yet, try as I might, I am beginning to feel more and more like I cannot fill my happiness-holes with nostalgic Japanese toys and games and will instead need to look into myself for the seeds of mental comfort ooh look it is a Final Fantasy VIII sticker book.

Did you enjoy yourself?

What you say Cancel reply